Serum lipids in a depressive disorder with regard to depression type

[1] Center for Prevention and Treatment of Addictions, Mostar, Bosnia & Herzegovina 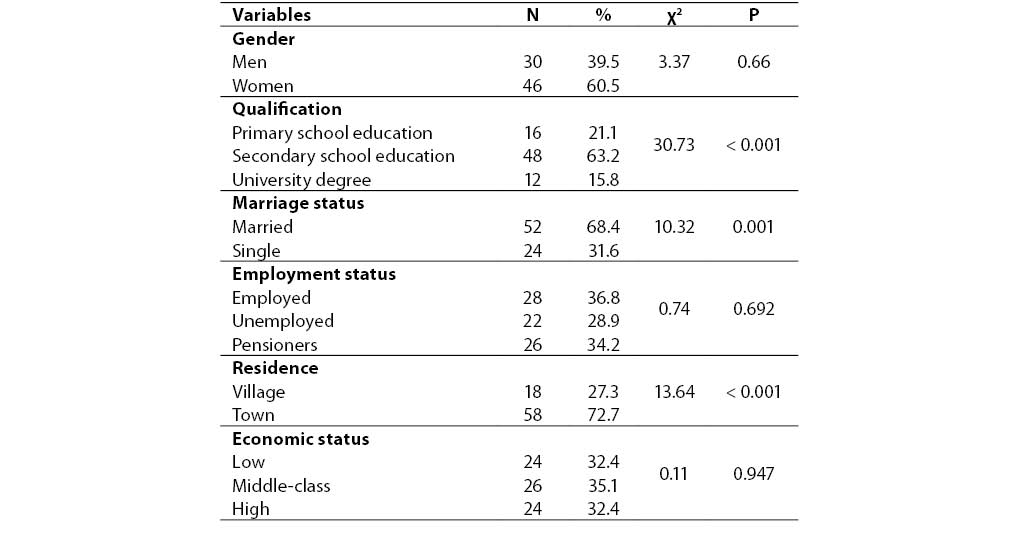 Subjects were treated pharmacologically by antidepressants (fluoxetine, fluvoxamine, paroxetine, sertraline, clomipramine) and anxiolytics (alprazolam, oxazepam, diazepam, clonazepam). None of the psychopharmaceutics above has any effect on serum lipid concentrations (20). None of the subjects had been treated by hypolipemics prior to their participation in the study. Criteria for exclusion from the study were other concurrent psychiatric disorders, drug addiction, alcoholism, hypertension, cardiovascular diseases, thyroid disorders, diabetes mellitus, lipoprotein metabolism disorders, nutrition disorders and organic brain syndromes. Since dietary habits and physical activity may affect test results, all tests were conducted between days 14 and 16 of hospital stay, i.e. during the period of uniform diet and level of physical activity of all subjects.
All subjects signed their written consent for participation in the study, and the study was approved by a competent ethical committee.

Diagnosis of depressive disorders was made according to criteria for depressive disorders of the Diagnostic and Statistical Manual for mental disorders, 4th revision (DSM IV) (20), and application of the Hamilton Rating Scale for Depression (HAMD-17) (22). Depression subtype (melancholic, atypical, dysthymia) was diagnosed using MINI questionnaire based on DSM IV criteria (21, 20). Subjects were divided into groups according to depression type into three different diagnostic categories: a group with melancholic characteristics, a group with atypical characteristics, and a group with dysthymia.

Table 3. Serum lipids (mean (95% CI)) after age and BMI adjustment in patients with depressive disorder according to depression type (melancholic, atypical and dysthymic).