The Analysis of Variance (ANOVA) test has long been an important tool for researchers conducting studies on multiple experimental groups and one or more control groups. However, ANOVA cannot provide detailed information on differences among the various study groups, or on complex combinations of study groups. To fully understand group differences in an ANOVA, researchers must conduct tests of the differences between particular pairs of experimental and control groups. Tests conducted on subsets of data tested previously in another analysis are called post hoctests. A class of post hoc tests that provide this type of detailed information for ANOVA results are called “multiple comparison analysis” tests. The most commonly used multiple comparison analysis statistics include the following tests: Tukey, Newman-Keuls, Scheffee, Bonferroni and Dunnett. These statistical tools each have specific uses, advantages and disadvantages. Some are best used for testing theory while others are useful in generating new theory. Selection of the appropriate post hoc test will provide researchers with the most detailed information while limiting Type 1 errors due to alpha inflation.

Use of multiple comparison analysis tests

There are a variety of post hoc tests available to further explicate the group differences that contribute to significance in an ANOVA test. Each test has specific applications, advantages and disadvantages (Table 1). It is therefore important to select the test that best matches the data, the kinds of information about group comparisons, and the necessary power of the analysis. It is also important to select a test that fits the research situation in terms of theory generation versus theory testing. The consequences of poor test selection are typically related to Type 1 errors, but may also involve failure to discover important differences among groups. Multiple comparison analysis tests are extremely important because while the ANOVA provides much information, it does not provide detailed information about differences between specific study groups, nor can it provide information on complex comparisons. The secondary analysis with these post hoc tests may provide the researcher with the most important findings of the study.
Potential conflict of interest
None declared.
Table 1. Comparison of different multiple comparison analysis statistics. 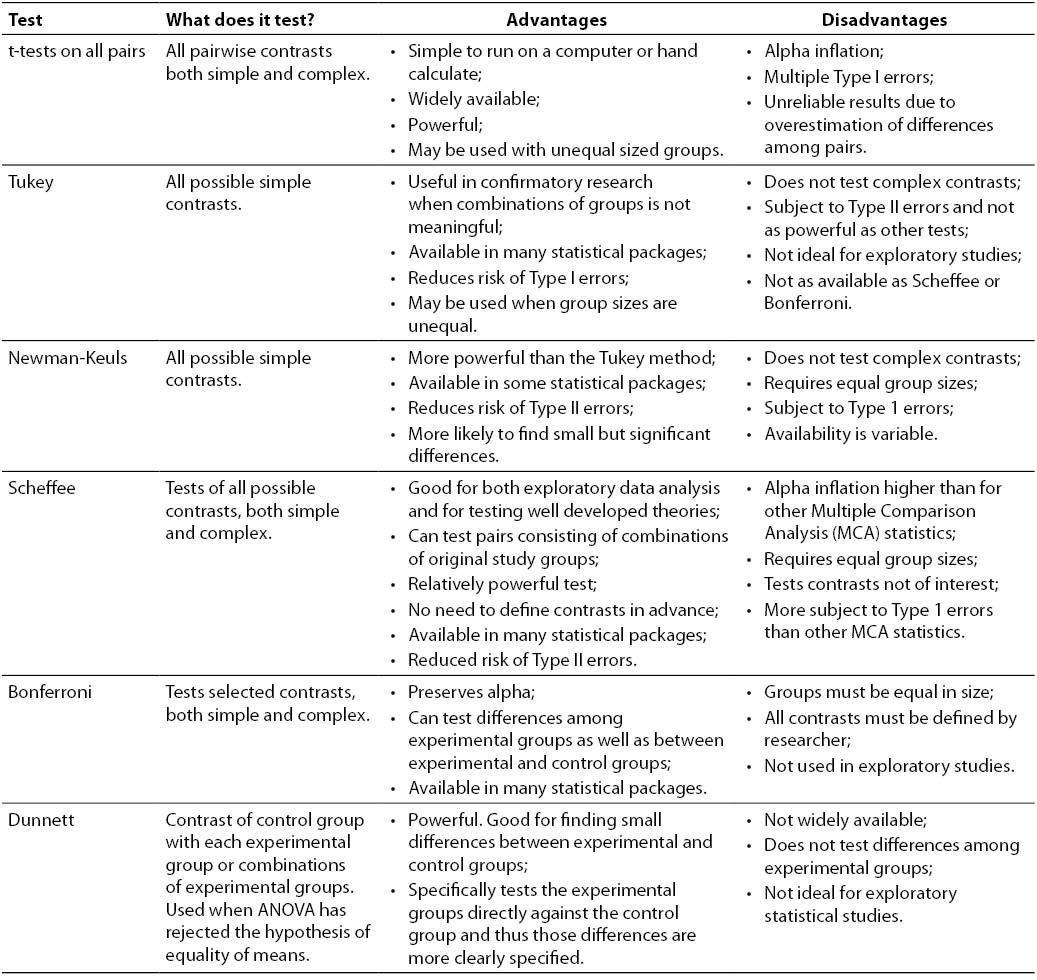